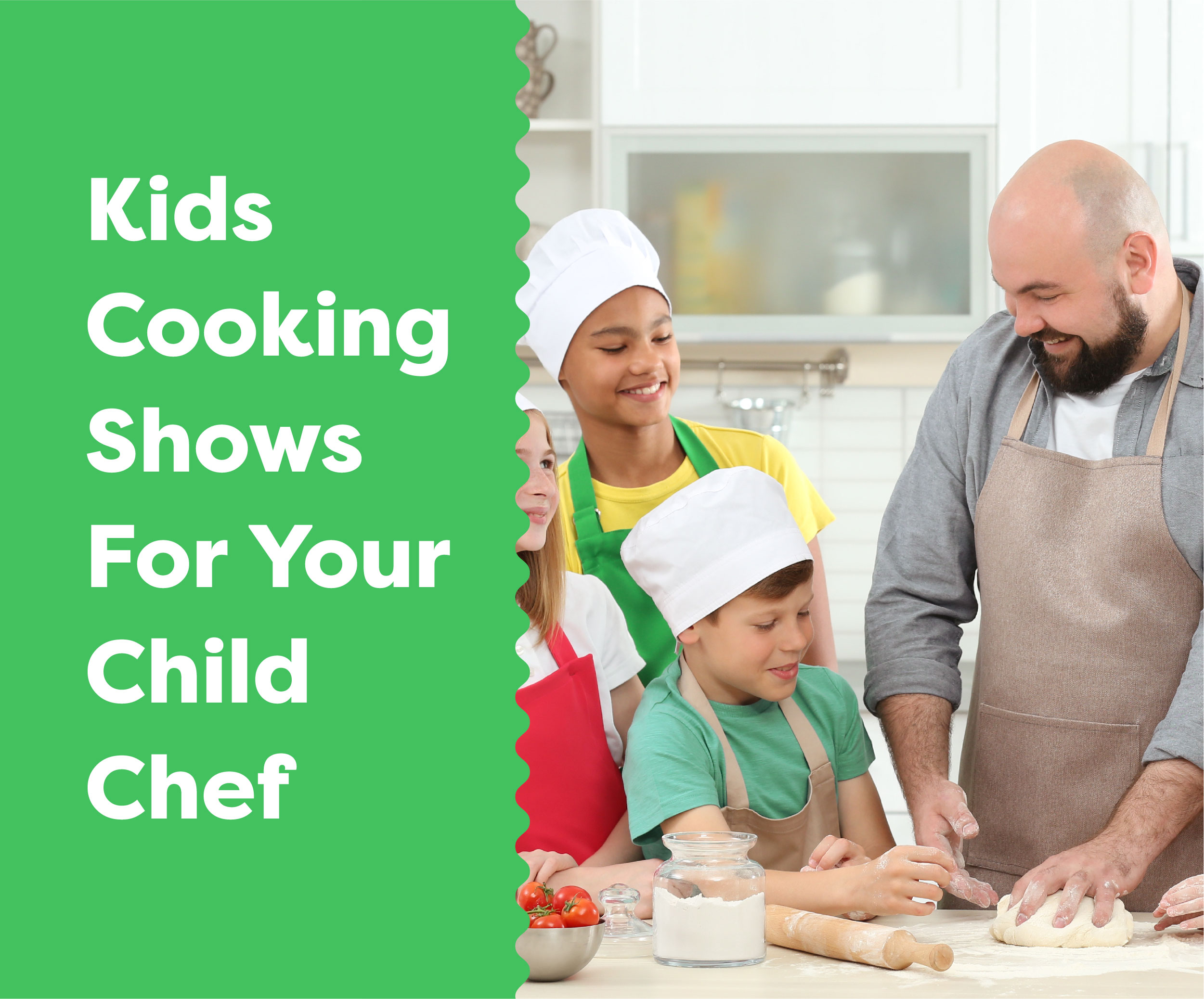 Nowadays, there are dozens (if not hundreds) of cooking shows for adults and kids to choose from. Some of these shows have a competitive element, pitting chefs against each other to decide who is the “best” chef in the group. Alternatively, some shows simply teach the viewer how to make delicious meals using various recipes and ingredients.

These shows don’t just differ in their formats, either. Many shows focus on specific types of cooking, like barbeque or baking. In fact, some shows even focus on specific meals and dishes, like cakes or tacos. This ensures that, regardless of your tastes, you are bound to find a cooking show that you and your family can enjoy together.

But how can you find a quality cooking show for kids? What are some kid-friendly cooking shows on TV or streaming services? Finally, what are some of the best kids cooking shows available to watch right now? In today’s guide, we will answer all of these questions and more. So, let’s get started!

Sometimes, it’s easier to just turn on the TV and find a program that will entertain your children. Fortunately, you can find many series and TV shows that are both fun and educational. This is especially true when it comes to cooking shows and competitions. So, here are some of the best children’s cooking shows on TV right now:

The Kids Baking Championship is one of the most popular competition shows on the Food Network. It pits young chefs between the ages of 8 and 13 against each other in various controlled baking scenarios. Hosts Valerie Bertinelli and Duff Goldman both offer encouragement to the kids and ultimately judge who will be the winner of the baking championship.

Nearly everyone has heard of MasterChef, and MasterChef Junior uses the same concept while applying it to younger chefs. Originally based on a British competition show, the American version airs on Fox and challenges children between the ages of 8 and 13 to become the next MasterChef. The judges have included some of the biggest names in the culinary world, like Gordon Ramsay. But don’t worry, Chef Ramsay does not show his infamous anger with the kids!

Duff Goldman offers his own spin on the cooking show genre with Duff’s Happy Fun Bake Time. This show is specifically aimed at younger viewers, as it explores the science behind common dishes using puppets and fun antics. You can find this show on Food Network and various streaming platforms.

Top Chef Junior is another variation on the cooking competition show that gives twelve young chefs the chance to be crowned the “top chef” in America. The show is available to watch on Universal Kids and is currently in its second season. If you want to catch up on old episodes, you can currently find them on Peacock TV.

These days, traditional television and cable are falling by the wayside. Consequently, many of the most popular and beloved cooking shows are exclusively available on streaming platforms like Netflix, Disney Plus, and Hulu. Despite the plethora of streaming services out there, Netflix is still the king when it comes to cooking shows. Below you can find some of the best kids cooking shows now streaming on Netflix:

Waffles + Mochi is a completely unique take on the cooking show genre. Former First Lady Michelle Obama hosts the show along with a team of puppet characters. The show focuses on food and dishes from around the world, with an emphasis on kid-friendly cooking tips and healthy eating.

Nailed It is a really fun show because, unlike most cooking shows, it features amateur bakers. This helps kids learn that cooking is a skill that requires practice and determination to improve. In the show, adult novices compete to recreate edible arrangements and win a $10,000 grand prize.

As the name implies, School of Chocolate is all about delicious, chocolate-based dishes. The show gives 8 contestants the chance to compete in a series of cooking challenges focused on beautiful and delicious chocolate creations. The chef who gets through all the rounds wins a $50,000 prize and is named “best in the class.”

Bake Squad is not just another kid’s baking show. In fact, it is a baking show suited for the whole family! In Bake Squad, four contestants compete to create delicious desserts requested by a new client in each episode.

Baking Impossible is a great option for kids because it combines elements of both cooking and engineering. In the show, chefs are paired up with engineers to create edible masterpieces that can withstand various engineering tests. Kids can learn how to create different dishes and learn about important scientific and engineering principles at the same time!

How To Audition For A Kids Cooking Show

So, your kid loves to cook and they are absolutely obsessed with cooking shows. Why not audition your child to be in your family’s favorite competition series? If both you and your child are interested in the opportunity, there are a few tips we can offer to make your little chef stand out from the crowd:

Does Your Kid Love Cooking Shows?

If your kid loves cooking shows, there are plenty of ways to feed their interest. In addition to trying out for a cooking competition series, you can also help your child practice their craft with Kidstir cooking kits. With a subscription to Kidstir, your child will receive new cooking kits in the mail, giving them the opportunity to try new recipes and learn about foods from all over the world.

Kidstir cooking kits are also great because they come with the dry ingredients you need for every recipe. This could definitely save you a few trips to the grocery store! In addition to ingredients and easy-to-read recipes, each kit comes with unique extras to make the experience even more fun and educational for your child. So, if your kid is really into cooking shows, try out a Kidstir cooking kit to help them on their culinary journey!

Do you want to learn even more about acquiring delicious, kids cooking kits? If so, be sure to reach out to Kidstir today!