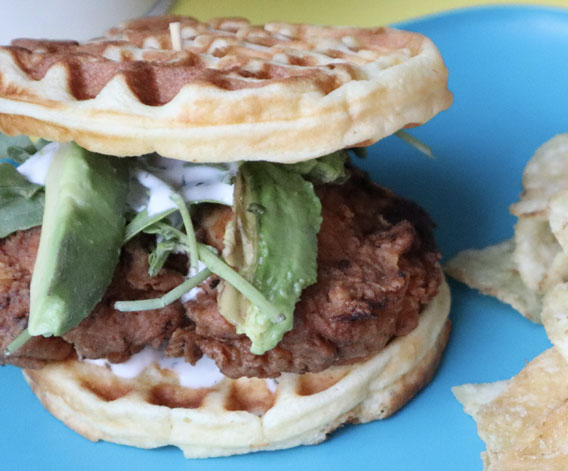 Fried chicken and waffles have a long and delicious history. This unlikely pair first met in a jazz club in Harlem called Wells Supper Club, where legendary entertainers like Sammie David Jr. and Nat King Cole were regulars. Before long, chicken and waffles developed a national reputation with its oddly addictive pairing of sweet and salty crunch. When a chef from Harlem named Herb Hudson opened Roscoe’s House of Chicken N Waffles in 1979 in Los Angeles, the trend became a national phenomenon.

Roscoe’s famous Chicken & Waffles Sandwich is the inspiration for our recipe, a mix of classic fried chicken, homemade waffles, and fresh farm-to-table toppings true to the spirit of California Cuisine. Enjoy!